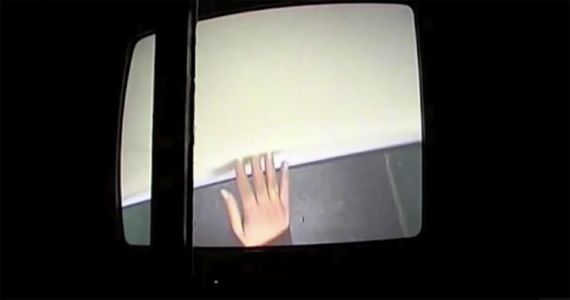 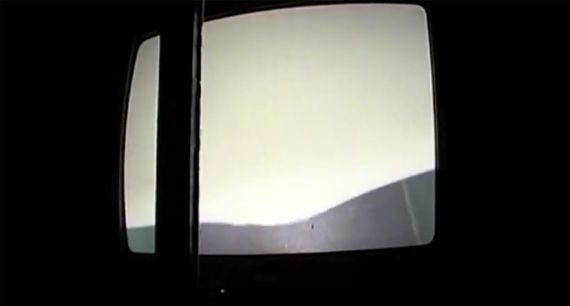 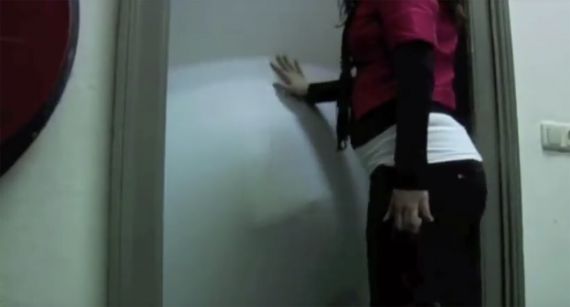 This live performance named 'Touchscreen' was part of a group exhibition that took place at Hotel Mariakapel in Hoorn, The Netherlands. During the performance the audience had the opportunity to engage with a huge screen in a hall way. The Touchscreen was in a niche, where people could get close one or two at the time. When touching the screen, they would be touched back. The more touching occured, the more activity and body relief would be seen and felt pressing on the white screen. The intimate activity between the artist and the participant at the screen was being filmed and broadcasted at the same moment on a different location. The audience who would see the tv screen with this abstract encounter would experience a moment of voyeurism.

Touchscreen was a research about intention and conscience of touch. I was curious about how much information touch in an anonymous and private way can be given. The surveillance camera was to intervene in the intimacy between the viewer and the subject and to expose and register the private moments. Nor me, who was participating in this interaction nor the viewer, audience where able to see each other.